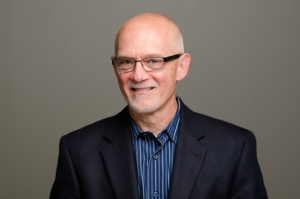 Paul Kuehnert, DNP, RN, FAAN is President and CEO of Public Health Accreditation Board (PHAB), where he oversees all aspects of PHAB’s mission and work, including accreditation-related strategies, partnerships, long-range planning, PHAB’s Board of Directors, committees/think tanks, and student opportunities. Immediately prior to joining PHAB in January 2020, Dr. Kuehnert served for seven years at the Robert Wood Johnson Foundation (RWJF) in Princeton, NJ, most recently in the role of Associate Vice President for Program. Prior to joining RWJF in 2012, he spent five years as the County Health Officer and Executive Director for Health for Kane County, Illinois, where he provided leadership and oversight to four county departments: Health, Emergency Management, Community Reinvestment and Animal Control. Earlier, he served as Deputy State Health Officer and Deputy Director of the state of Maine’s Health Department. Dr. Kuehnert is a pediatric nurse practitioner and holds the Doctor of Nursing Practice in executive leadership as well as the Master of Science in public health nursing degrees from University of Illinois at Chicago. He was named a Robert Wood Johnson Foundation Executive Nurse Fellow in 2004, a Fellow in the National Academies of Practice in 2010, and a Fellow in the American Academy of Nursing in 2015.